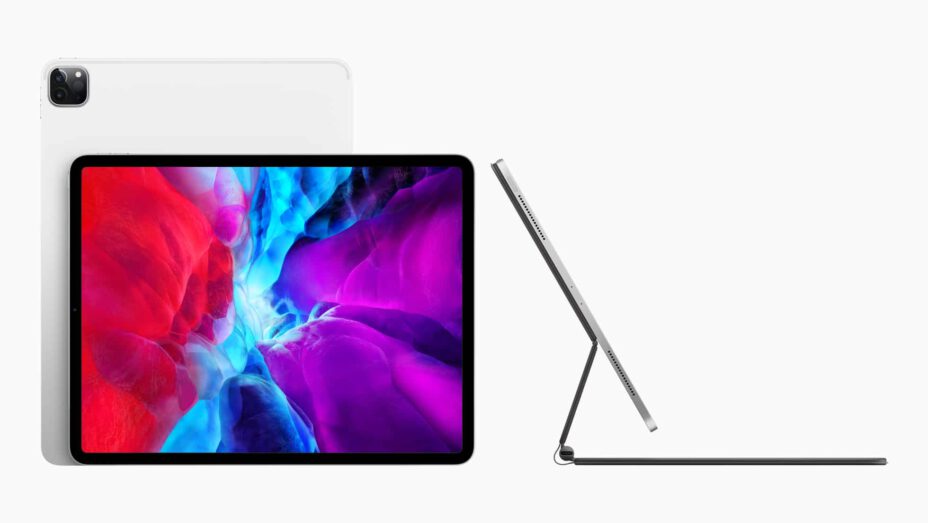 Apple usually has an event in March to launch new products like the iPad but seems to have decided to launch it online due to the COVID-19 outbreak.

Apple has also added an ultra-wide angle camera to the iPad Pro along with studio-quality microphones for clear voice capture.

Additionally, Apple is bringing complete trackpad support to the iPad with the iPadOS 13.4 update. The company says that instead of copying trackpad support from macOS, it has reimagined it for the iPad. There will be support for multi-touch gestures to easily navigate between open apps and for other functions.

The 2020 iPad Pro comes with Apple’s A12Z Bionic chip which features an eight-core GPU, eight-core CPU, and a Neural Engine. Apple has also improved the thermal management for further performance improvement. The company says that its A12Z Bionic chip makes the iPad Pro “faster and more powerful than most Windows PC laptops.” Despite these performance improvements, Apple claims the iPad Pro can last up to 10 hours on a single charge. It also offers Wi-Fi 6 and gigabit LTE supprt for faster downloads.

The camera setup at the rear of the new iPad Pro includes a new 10MP Ultra Wide camera that allows users to zoom out two times to capture a wider field of view. This is complemented by five studio-quality microphones that allow the iPad Pro to capture crystal clear audio.

As for the LiDAR Scanner at the rear, Apple says it allows the iPad Pro to measure distance to surrounding objects that are up to 5m away. The sensor works both indoors and outdoors. The updated Measure app in iPadOS 13.4 will be able to take advantage of the LiDAR Scanner. Additionally, all ARKit apps will also get instant AR placement, improved motion capture and people occlusion thanks to the scanner.

In addition to the new iPad Pro, Apple also announced the Magic Keyboard which connects to the tablet magnetically. It features cantilevered hinges that allow one to adjust the viewing angles to up to 130 degrees. The Magic Keyboard has a full-size keyboard with backlit keys and a scissor mechanism with 1mm travel. It also comes with an integrated trackpad which goes well with the cursor support that Apple is debuting with iPadOS 13.4. The accessory also features USB-C pass-through charging.

The 2020 iPad Pro is available to order from Apple’s online store from today. It will hit the stores next week, with prices starting from $799 and $999 for the 11-inch and 12.9-inch Wi-Fi models. The cellular models carry a $149 premium over the Wi-Fi versions. Thankfully, Apple has bumped the base storage space across the board to 128GB. The 256GB storage variant is available for $899/$1099. The max storage continues to be 1TB.

READ MORE:  Apple is Not Interested in Acquiring TikTok