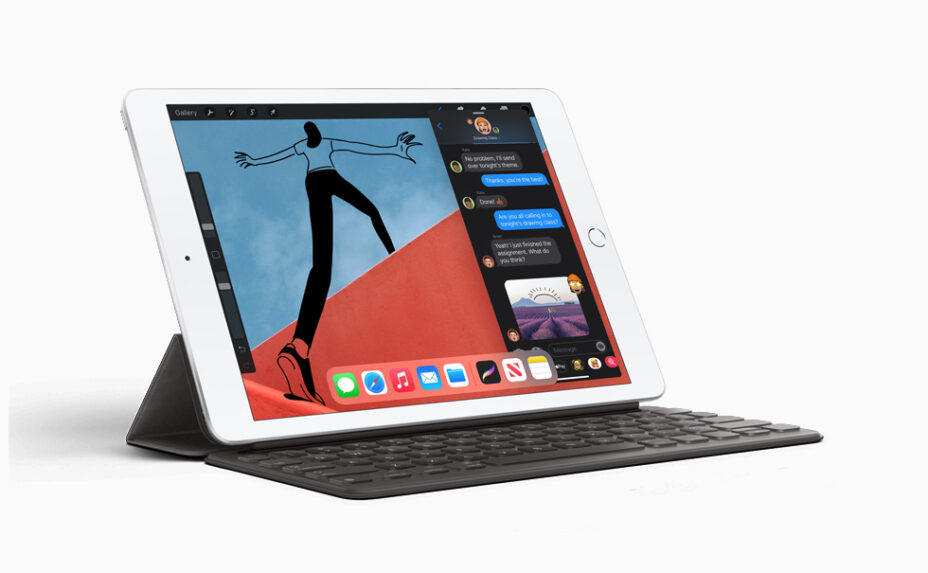 Let’s start with the display. The new iPad has the same, 10.2-inch display size as its predecessor. Just like before, the screen has a 500 nits brightness, fingerprint-resistance oleophobic coating, and support for Apple Pencil.

The 8th generation iPad features the Apple A12 Bionic chipset. This new chipset offers a 40% better CPU performance and 2x GPU performance compared to the A10 Fusion processor that is in the 7th generation iPad. Currently, there is no information regarding the RAM capacity of the new iPad but we are hoping that teardown videos of the device will reveal it. On the software side of things, the new iPad has iPadOS 14, which brings a plethora of new features.

Moving on to the imaging, the 8th gen iPad retains the same front and rear camera as its predecessor; an 8MP rear-facing unit, and a 1.2MP FaceTime HD front camera. In terms of audio, the new iPad has the same two-speaker set up as the 7th generation iPad.

Coming to the connectivity, the new iPad features the same lightning port as its predecessor. Just like before, there is Bluetooth v4.2, dual-band Wi-Fi ac with MU-MIMO, and a Smart Connector to connect the Smart Keyboard. There is also a cellular variant on offer; it has gigabit-class LTE, a nano-SIM card slot, and an eSIM option. The tablet has a 32.4Wh Li-Po battery and Apple promises 10 hours surfing on Wi-Fi and 9 hours surfing on mobile data. The tablet will ship with a USB Type-C charging adapter.