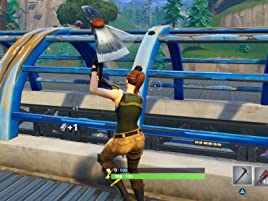 Apple has acted against Epic Games and removed Fortnite from the App Store. Fornite had earlier introduced an update with a direct payment method on iOS. It accounts for a direct violation of App Store guidelines that mandate In-App purchases. Apple has been taking the flak for its 30 percent App Store commission, and despite the antitrust investigations, the company has decided to remove Fortnite from the App Store.

Epic Games not only offered a direct payment method on Fortnite for iOS, but they also offered a 20 percent discount for transactions done directly through them. It seems like Epic Games has openly challenged Apple and revolted against the 30-percent App Store commission.

Apple told TheVerge that it would work with Epic to “resolve these violations,” however it is not going to create a “special arrangement” for the company.

Epic Games took the unfortunate step of violating the App Store guidelines that are applied equally to every developer and designed to keep the store safe for our users. As a result their Fortnite app has been removed from the store. Epic enabled a feature in its app which was not reviewed or approved by Apple, and they did so with the express intent of violating the App Store guidelines regarding in-app payments that apply to every developer who sells digital goods or services.

Apple claims Epic has greatly benefitted from having their apps on the App Store. Furthermore, the developers have used Apple’s tools, testing, and distribution channel. The statement says, “The fact that their business interests now lead them to push for a special arrangement does not change the fact that these guidelines create a level playing field for all developers and make the store safe for all users.”

Those who have already downloaded Fortnite will be able to access the game on iOS. However, you will not be able to download from the App Store or update the app until the issue is resolved. It seems like Epic has intentionally intimidated Apple by openly flouting the guidelines. The company made the discount look like a consumer-centric move. For instance, V-Bucks (currency in Fortnite) worth $10 cost only $7.99 when paid directly.

What is your own view concerning Fortnite removal from the App Store by Apple? Sound off your comment below.