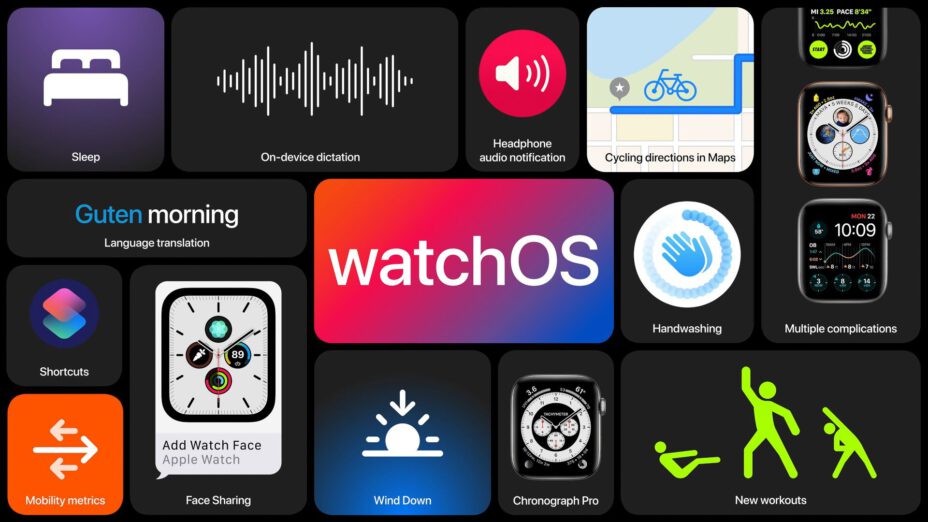 Apple hasn’t released an official changelog for the watchOS 7 Beta 2 update, but we expect the company to have fixed critical bugs and improved the security and stability of the system. watchOS 7 brings various new features, including new watch faces and complications, sleep tracking, more fitness metrics, new workout types and mobility data, and cycling directions through Apple Maps.

watchOS 7 also introduces a brand new handwash detection feature. It automatically detects when you’re washing your hands (using microphone and gyro) and then starts a 20-second timer, and nudges you to continue washing your hands until the timer is complete. Other new features include more hearing health measurement and Siri for language translation and for announcing incoming messages.