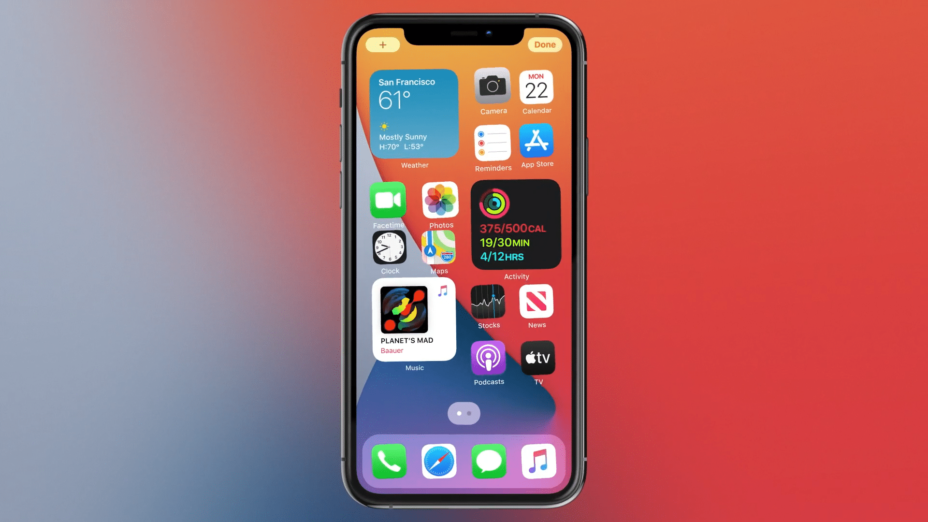 Apple has released the first beta of iOS 14 and iPadOS 14 to developers. The release comes after the end of the opening keynote of WWDC 2020 where Apple announced the new OSes.

As the name suggests, the first developer beta of iOS 14 and iPadOS 14 are only available for developers who have registered with Apple. Some of the iOS 14 features are pretty important as they will radically help improve the iPhone usage experience. Below is a look at a few of them.

The addition of widgets on the Home screen is a big one that will make a lot of people excited about the next version of iOS. The Today view has also been completely redesigned with new widgets. The widgets can also be placed on the home screen for improved information density.

There is a new App Library feature that will automatically organize and sort all your apps into various categories. This will help reduce the app pages and one can also hide the pages they don’t need. The feature will also use on-device suggestions to give app suggestions based on your usage.

Taking a cue from iPadOS, Apple is finally bringing Picture-in-Picture to iPhone. This means you can play videos in PiP while browsing the web, reading emails, and more. One can also adjust the PiP window size. One can also dock the PiP window to the side which will hide the video but the audio will keep playing.

READ MORE:  iOS 14 ‘Back Tap’ Feature Lets You Open Apps and More by Tapping the Back of Your iPhone

The Messages app is getting an improvement as a part of iOS 14 as well. Apple will now let you pin a conversation in the Messages app so it sits right at the top. The Memoji feature is also getting improved and you can customize it as per your profession, age, face masks, and more.

To make group conversations easier, Apple is adding @mentions support in the app. One can also customize the group image.

Siri is also getting a new design with iPadOS 14. It will not appear as a small animation, and Siri results will appear on top of the screen in a smaller area, just like a notification appears.

Since Apple is focusing more and more on the Apple Pencil for the iPad, the company is adding more features for the stylus. Apple Pencil can now be used to enter text using handwriting recognition inside any text field on iPadOS 14. The new feature is called Apple Scribble, and it currently supports Chinese and English. It can be used to convert your handwriting to text and use it wherever you want.