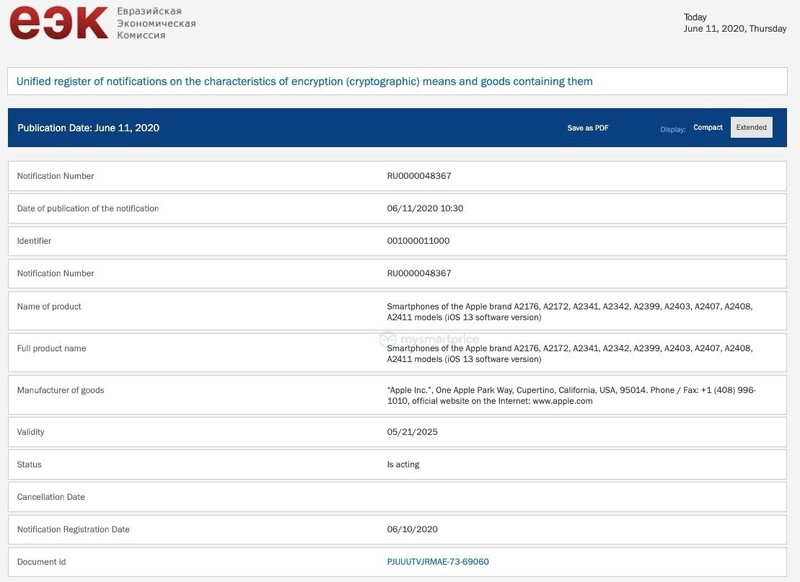 The iPhones that have passed through the database carry the following model numbers:

The iPhone 12 lineup from Apple is still a few months away from launch. However, we have previously seen the company register some of its upcoming products months before their possible release. The iPhone 12 lineup is expected to comprise of four different models: two regular iPhone 12 models with 5.4-inch and 6.1-inch OLED displays and two iPhone 12 Pro models with 6.1-inch and 6.7-inch 120Hz ProMotion displays. The iPhone 11 lineup had also passed through the EEC database around the same time last year.

As for the Mac, it carries the model number A2330. It is possible that this is the upcoming iMac refresh that Apple is rumored to show off at WWDC 2020 later this month. A leaked earlier this week pointed to Apple working on an iMac refresh with faster AMD Navi GPUs, an iPad Pro-like design with bezels similar to the Pro Display XDR, and more.

Apple and other companies are required to register their new and upcoming devices with the Eurasian database before they can release it to the public in Armenia, Belarus, Russia, and other countries that are a part of Eurasia. This has always given us a good idea of impending product announcements from Apple in the past. While the iPhone 12 lineup is not going to be released before September or October, the new iMac should be announced soon.