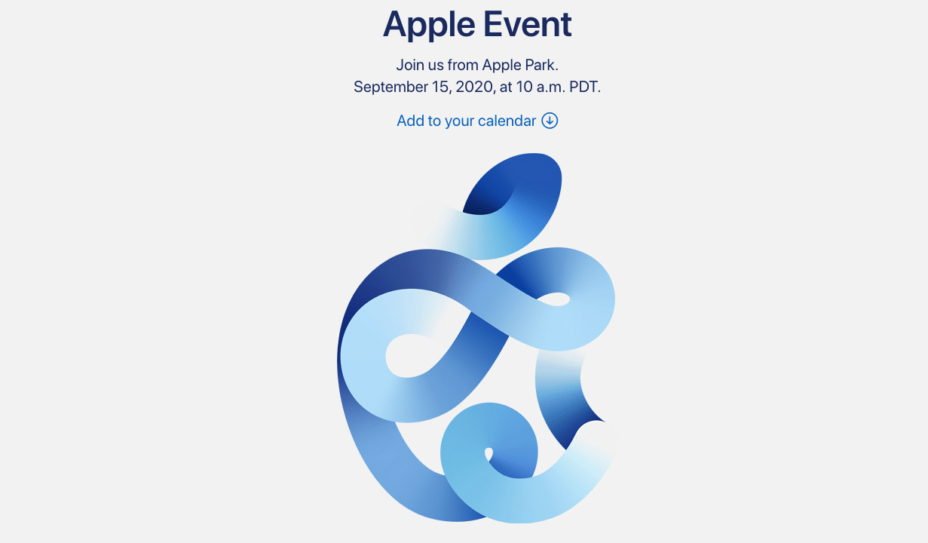 Apple has officially announced today that it will be holding a virtual event on September 15 where it is expected to announce the iPhone 12, Apple Watch Series 6, and other devices.

The event will be live-streamed from Apple Park and it is scheduled to start from 10 a.m. PDT on September 15. This will be Apple’s second virtual event this year following WWDC 2020 earlier this year which was also held virtually due to the ongoing pandemic that has led to a ban on mass gatherings. Interestingly, the theme of the Apple event for September 15 is blue which possibly hints at Apple adding a new Navy Blue color option for the iPhone 12 Pro lineup.

Apple has a number of new products on the horizon including the iPhone 12 series that will include four new models this year. This will include a new 5.4-inch iPhone 12 and the iPhone 12 Pro Max getting a bump in screen size to 6.7-inches. As per rumors, Apple will first put the non-Pro iPhone 12 models for sale towards the end of this month or early October and then launch the iPhone 12 Pro lineup in mid or late-October.

Apart from that, there’s also going to be the Apple Watch Series 6 that is rumored to come with enhanced ECG capabilities, sleep tracking, and blood oxygen monitoring. Recently, rumors have also popped of Apple launching a low-cost Apple Watch alongside the Series 6. Other than this, Apple also has a refreshed iPad Air with smaller bezels, a bigger 10.8-inch display, and USB-C connectivity in the pipeline. The event should also mark the long-rumored AirTags which have were rumored to launch last year itself. Apple also has Apple Silicon-based Macs in the pipeline but they are expected to launch towards the end of this year.