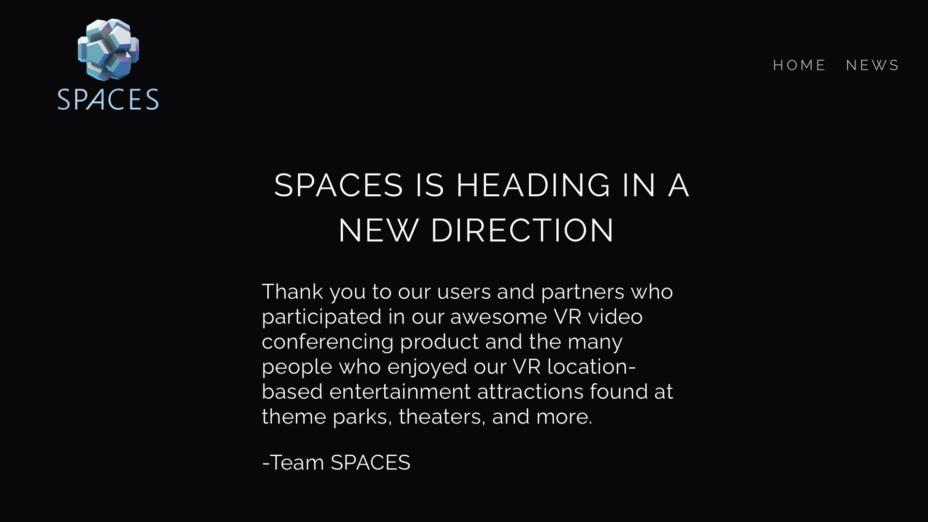 Apple has acquired VR startup Spaces. The startup announced on its website last week that it was shutting down all of its existing services last week and that it was “heading in a new direction.”

While Spaces never confirmed the acquisition or talked about it on its website, Apple confirmed to Protocol that it has acquired the VR startup with its usual statement that it acquires smaller tech companies from time to time. The company started as a part of DreamWorks Animation.

Apple buys smaller technology companies from time to time, and we generally do not discuss our purpose or plans.

Spaces had a number of retail outlets across the United States where customers could have VR experiences. However, these stores have been shut since the pandemic hit which also led the company to lay off many of its staff. It has since then focused on creating a “bridge” and offering VR experiences for Zoom video calls with animated avatars.

It is unclear why Apple has acquired Spaces but the company could use the expertise of the startup to offer innovative new VR experiences and features for its upcoming AR/VR headset. It has now been confirmed multiple times that Apple is working on an AR headset that could launch in 2022 thereby giving the company ample time to integrate Spaces tech with its headset.

READ MORE:  Report: New Apple Services Have Failed to Take Off In Their First Year