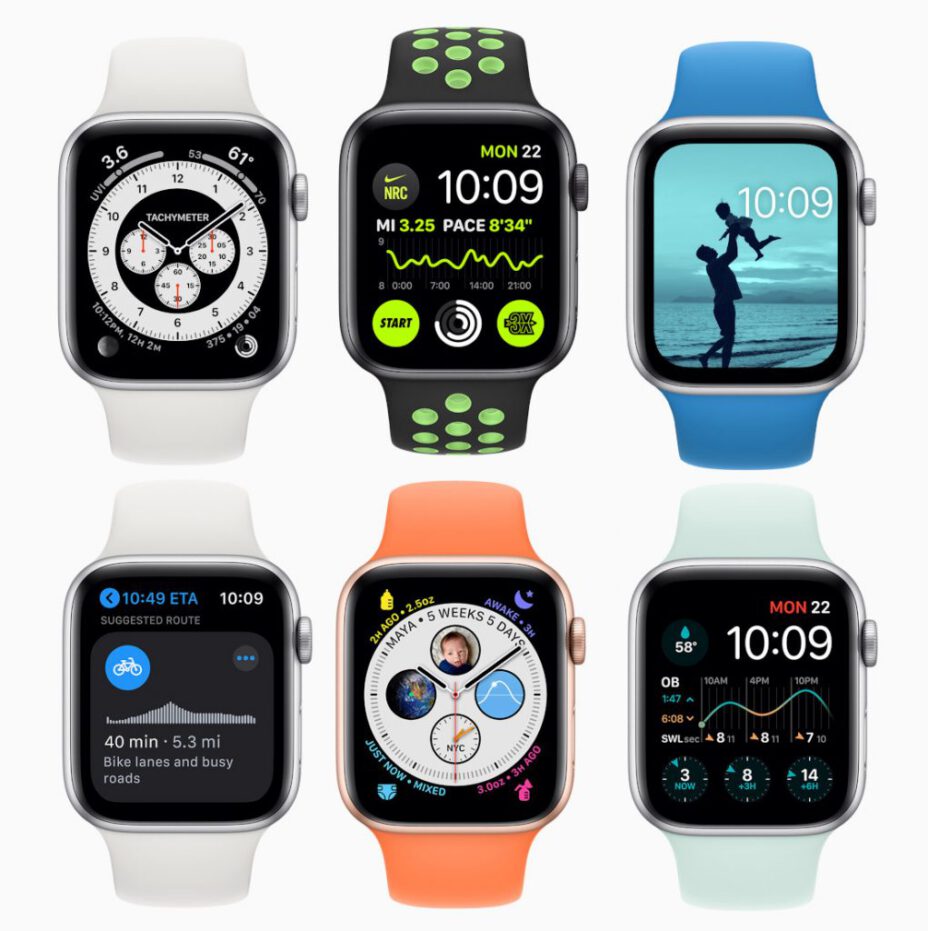 To make watch face sharing easier, Apple is debuting a new Face Sharing feature. You can share watch faces with friends, families, and even on social media. The feature will automatically prompt one to install apps to complications that are not available on your Apple Watch.

MORE: watchOS 7 Support: Which Apple Watch Are Compatible with watchOS 7?

The Workouts app is getting a new Dance workout feature that will track some of the most popular dance movements out there. The app is now also better at tracking Core workouts and there’s a new Cooldown workout as well. The Activity app on the iPhone is getting renamed to Fitness and it will now show new data metrics related to your workout in a new UI.

watchOS 7 is finally getting a new Sleep Tracking feature along with a new Bedtime feature. The latter will help you in winding down before you go to sleep. This includes enabling Do Not Disturb on your iPhone and showing relevant shorts on your iPhone’s lock screen. When in Sleep mode, your Apple Watch display will automatically turn off. The alarm on the wearable will be haptic based and it won’t play any sound to ensure you don’t disturb your partner.

COVID-19 is making hand washing important and Apple is adding hand wash tracking to Apple Watch with watchOS 7. The feature will show a 20-second timer and work by using various motion sensors, microphone, and on-device machine learning whenever it automatically detects you are washing your hands. The wearable will also remind users to wash their hands when they return home.

The new Health app on the iPhone will show the frequency and duration of your handwash time as well.

MORE: How to Download and Install watchOS 7 Beta on Apple Watch

The Noise app which first debuted in watchOS 6 is getting improved for watchOS 7. It will now support hearing health with headphone audio notifications. This means Apple Watch will inform users when they are listening to music at a very high volume on their headphones using iPhone, iPod touch, or Apple Watch and how it could impact their hearing over time.

You will be able to use Siri right on your Apple Watch to translate languages easily. The voice recognition process will also be faster as it will use on-device ML.

Apple Maps on the Apple Watch is also getting improved and will now show cycling directions right on your wrist. It will also inform you when you can get down from your bike and walk to save time or take the stairs.

Apple is dropping support for Series 1 and Series 2 meaning only Apple Watch Series 3 and newer are supported by watchOS 7. The first developer beta of watchOS 7 is now available for all compatible Apple Watch. You can download and install watchOS 7 beta on your Apple Watch right away if you wish to. The public beta program for the OS will start next week.