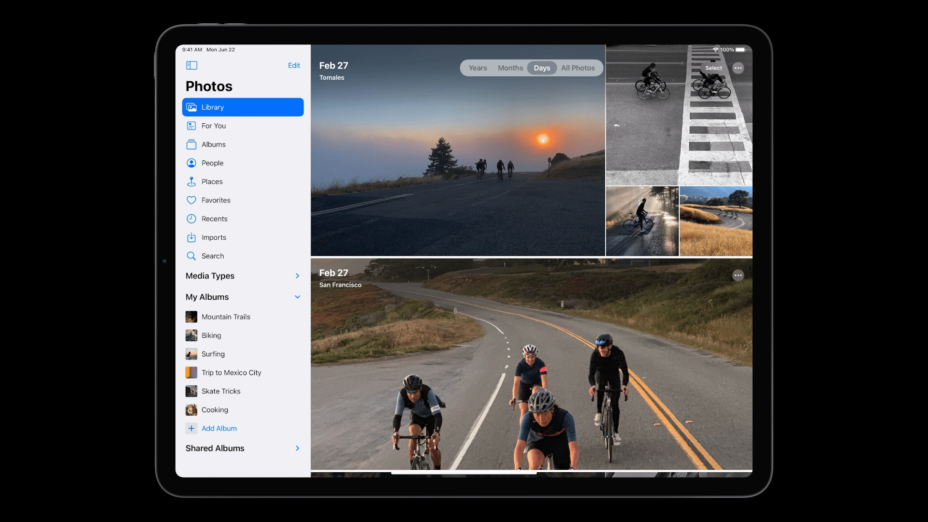 iPadOS 14 brings new features, including Sidebar inside apps, smaller call screen, and redesigned Siri for the large screen. There are various new features for the Apple Pencil as well such as the ability to using handwriting in any text field and inside the universal bar inside the Safari app.

Apple announced that there are now over 1 million apps that are designed just for the iPad’s big screen. With iPadOS 14, these apps will become even better. Apple is also allowing you to select your default web browser and email apps.

Sidebar is a great new design addition for all apps. It can be implemented in any app with iPadOS 14. Apple has added Sidebar to all its stock apps like Photos, Apple Music, and more. You can drag and drop files using Sidebar and navigate around easily. More developers are expected to add Sidebar to their apps.

Siri is also getting a new design with iPadOS 14. It will not appear as a small animation, and Siri results will appear on top of the screen in a smaller area, just like a notification appears.

Since Apple is focusing more and more on the Apple Pencil for the iPad, the company is adding more features for the stylus. Apple Pencil can now be used to enter text using handwriting recognition inside any text field on iPadOS 14. The new feature is called Apple Scribble, and it currently supports Chinese and English. It can be used to convert your handwriting to text and use it wherever you want.

Apple is also improving universal search with iPadOS 14. You can search for things and find relevant information from all the apps that are installed on your iPad. It can be used to find and launch apps, find contacts, documents, and search within apps. The new Universal Search feature is now getting closer to macOS’ Spotlight feature.

iPadOS 14 also brings a smaller and more compact screen for calls. Whenever you receive calls on your iPad, it shows a smaller notification and it doesn’t take up the whole screen. You can accept or reject calls through the notification even when you’re using other apps. This feature was a long time coming and almost every iPad user will welcome this.

Starting with iPadOS 14, Apple is opening it up a bit more. Now, you can choose your favorite email and web browser apps as default. This means that you can finally set Google Chrome or Firefox as your default web browser. You can also select Outlook or other email apps as your default email app.

READ: iPadOS 14 Support: Which iPads Are Compatible with iPadOS 14?

iPadOS 14 is also getting almost all the great features that were announced for iOS 14, including the new iMessage features, App Clips, cycling directions inside Apple Maps, new Memojis and Memoji Stickers, and more.