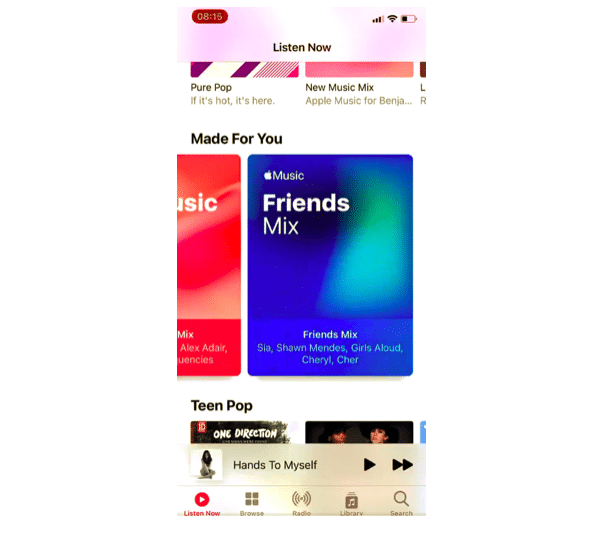 Apple Music has received a bunch of new features on iOS 14. The update includes a Listen Now tab for better content discovery, improved search, and a new Autoplay option. Benjamin Mayo of 9to5Mac has now revealed that the Apple Music app on iOS 14 comes with super cool animated artwork for playlists.

Apple seems to be heavily relying on large icons rather than a list on the new Music app. The redesign includes a Top Picks section nested within Listen now. Furthermore, you will be able to search for music by Browsing categories. The iOS 14 Beta has already gained animated art and you can see the same in the below video.

The animated art is available for curated Apple playlist and other personalized music mixes. Animations appear on tile-like icons and are activated when you scroll through different playlists. The animated art blends with the theme of the playlist. For instance, the art for Chill Mix follows a slow transition while the one for Party Mix features confetti flying past while the light is reflected on disco ball feet.

The animated art on the Music app is currently available only for the Listen Now section. It is very likely that Apple will extend animated art for the entire Music app in the forthcoming iOS 14 betas. Once you tap on the playlist then you will see the usual static artwork. This month Apple is likely to release beta 2 for iOS 14 alongside the public beta. Meanwhile, iOS 14 is expected to be released to the public in September or October this year.

We couldn’t help but notice the unique dash of colors Apple has used in the animated art. The effects are subtle yet they manage to add freshness to the app. Perhaps this is due to the fact that Apple commissions artwork for its album covers to artists.

What do you think of the animated artwork on Apple Music Playlists? Let us know in the comments below.