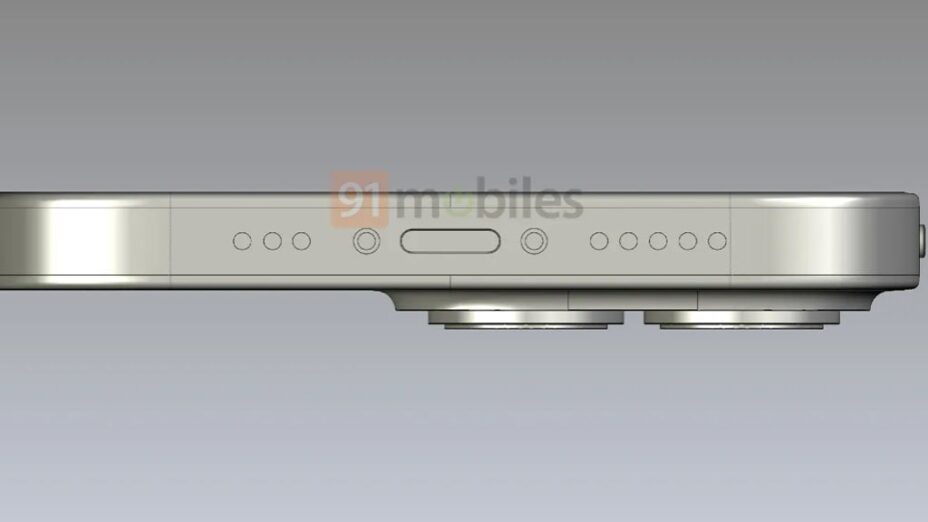 CAD models for the iPhone 14 Pro were leaked yesterday. Hot on its heels, another set of leaked images shows what the cheaper iPhone 14 model could look like.

The CAD model renders obtained from an unnamed “industry insider” were shared by MySmartPrice. The design is remarkably similar to the vanilla iPhone 13 for the most part. The camera bump and lens arrangement seem to have been carried forward from the iPhone 13. However, the report notes that the iPhone 14’s camera housing is surrounded by a thicker glass frame than its predecessor.

The most significant change is visible on the screen. Apple decided to remove the notch on the iPhone 14 Pro, but the vanilla model retains it. Thankfully, the bezels seem to be symmetrical, but the notch appears to be unchanged in size.