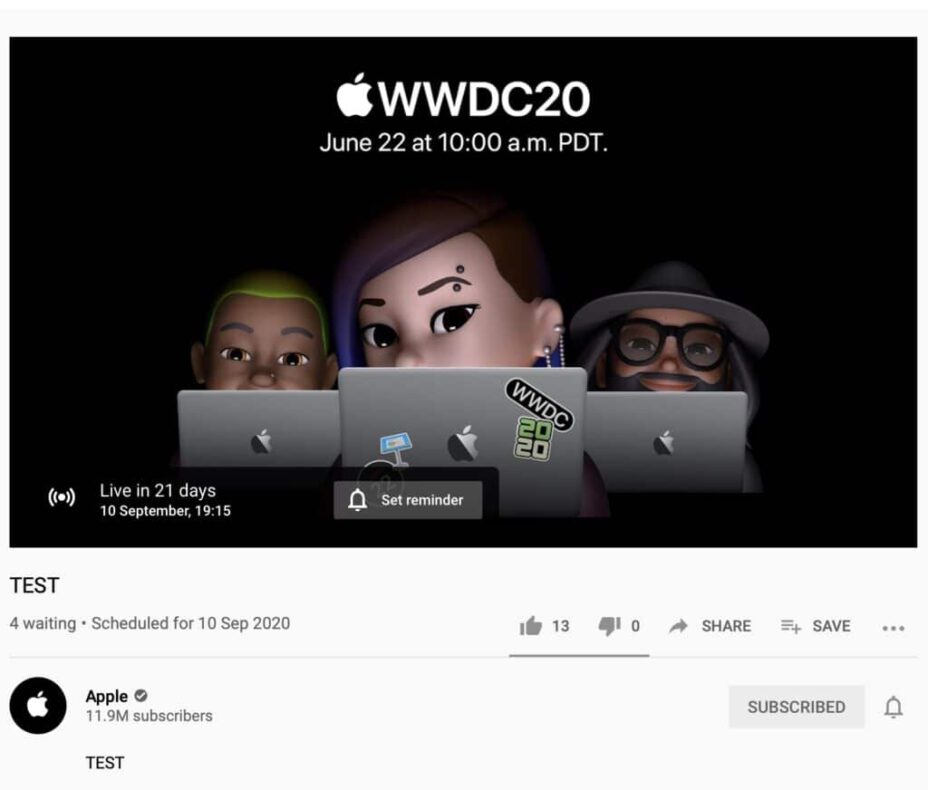 We are all waiting eagerly for the next Apple event. Today Apple put up a test stream video on YouTube. The video mentioned September 10 as the event date. This lead to speculation that the iPhone 12 event will be held on September 10. Expectedly, Apple removed the video, but many had taken the screenshot and put it up on Reddit.

Apple has not confirmed September 10 as the date of the event. Even rumors or reports don’t mention anything about the Apple event in September. Last year Apple launched the new iPhone on September 10, and perhaps that is why the test stream reflected the same date. Moreover, Apple events usually dont fall on Thursday. The iPhone 12 launch is expected to be pushed further to late September or the first week of October. Needless to say, the event will be virtual-only and live-streamed. Apple is likely to launch the iPhone 12 a few weeks later, and this translates to an October launch.

Apple tipster Jon Prosser revealed that Apple would announce the Apple Watch Series 6 and new iPads on September 7 via a press release. The iPhone 12 launch event will be pushed to October 12 week, and since Apple events usually fall on Tuesday, October 13 is an educated guess. Typically, Apple launches Apple Watch with iPhones, and this might be the first time both are launched separately.

How excited are you about the iPhone 12? Share your thoughts in the comments below.