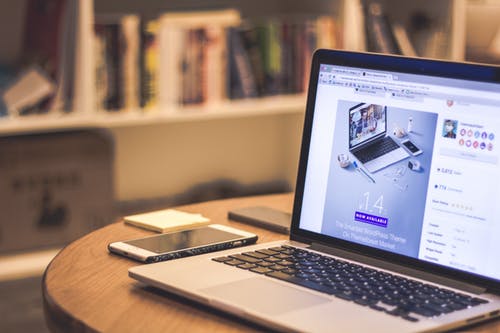 Your Internet service provider runs DNS servers for you, but you don’t have to use them. You can use third-party DNS servers instead, which offer a variety of features that your ISP probably doesn’t.

We’ve covered third-party DNS servers like OpenDNS and Google Public DNS in the past, but now we’ll explain just why you might want to change your DNS server.

If all you care about is speed, you may see an advantage from switching to a third-party DNS server — or you may not. To be sure, you should run a DNS benchmarking tool like Namebench, which will make DNS requests to your current DNS server and other DNS servers, testing how long each server takes to respond.

Popular third-party DNS providers like Google Public DNS or OpenDNS may be faster for you. Namebench will let you know if they are.

Note that Namebench can’t benchmark every factor. For example, Google Public DNS and OpenDNS participate in “The Global Internet Speedup” initiative, which allows participating DNS services to know your IP address and respond with IP addresses closer to you, increasing connection speed. Other DNS servers, like the ones offered by your ISP, aren’t as quick to implement such new technologies. 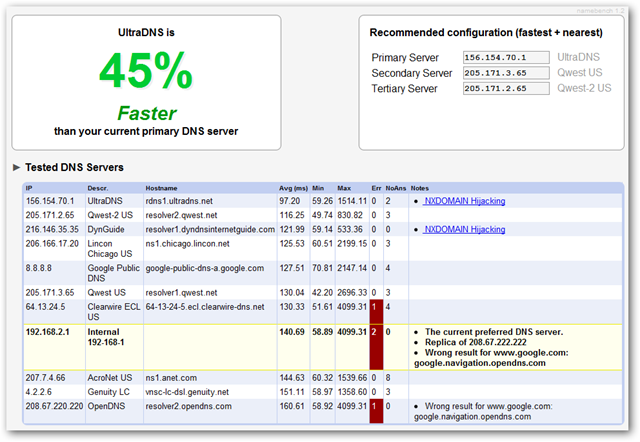 READ MORE: What Is VPN, And Why Do You Need It?

This goes hand-in-hand with the possible speed improvements above. If your Internet service provider does a poor job of keeping their DNS servers running fast and stable, you may experience periods of time when websites fail to load or load very slowly while the DNS request takes some time to resolve. If your ISP isn’t doing their job properly, switching to a third-party DNS server may give you a more reliable experience.

READ MORE:  Why You Don't Really Need Apps to Save Your Smartphone Battery

If you have young children and want to set up web filtering, there are a variety of different ways you can do it. One of the easiest ways to configure web filtering is to change your DNS servers to OpenDNS. Change the DNS server on your router and you’ll be able to configure parental control settings on the OpenDNS website, allowing you to block certain categories of websites and view the websites accessed from your home network.

This is particularly convenient because, after changing the setting on your router and setting up parental controls on the OpenDNS website, the settings will apply to every device on your home network — PCs running any operating system, game consoles, smartphones, tablets, and more. When a DNS request is made for such a website’s IP address, OpenDNS returns a different IP address. The user’s browser connects to that address and sees a message saying the website they want to access has been blocked.

Bear in mind that this isn’t foolproof. A user on your network could just change their device’s DNS server to bypass the filtering. Young children wouldn’t think to do this, but teenagers could likely foil it — just like most parental controls.

READ MORE: How to Switch to OpenDNS or Google DNS to Speed Up Web Browsing

OpenDNS also performs filtering to block phishing sites. Modern browsers have built-in phishing protection, but if you run a network that includes Windows XP computers running Internet Explorer 6, enabling OpenDNS will give all of these computers some identity theft protection they wouldn’t otherwise have.

Other DNS services don’t offer this feature. For example, Google Public DNS does not include any content-filtering features, as it aims to just function as a fast DNS service without any of the frills.

Special third-party DNS servers can also allow you to access geoblocked content. For example, switching your DNS server to Unblock-Us will allow you to access media like Netflix, Hulu, and BBC iPlayer, no matter where you are in the world. When your computer makes the DNS request, the DNS service performs some tunneling to make the service think that you’re elsewhere in the world. This is a convenient option because it allows you to access these services on any device just by changing the DNS server on your router.

If you use a third-party DNS to unlock content, you should use a tool like the free QuickSetDNS to quickly switch to it when you need it and switch away when you’re done.

READ MORE: How to Setup Your Verizon FIOS Router with OpenDNS or Google DNS

Some Internet service providers and countries block websites only at the DNS level. For example, an ISP may “block” example.com by redirecting its DNS entry to a different website. If the website is blocked in this way, changing your DNS server to a third-party DNS service that doesn’t block the website will allow you to access it. A real-world example of this occurred when The Pirate Bay was blocked in the UK. People could change their DNS servers to access it again.

Note that websites are often blocked at the IP level, so this won’t always work. For example, the Great Firewall of China uses a variety of tricks to block websites, including DNS blocking.

Namebench includes an option that checks DNS servers for censorship to determine whether your current DNS servers are censoring their results. 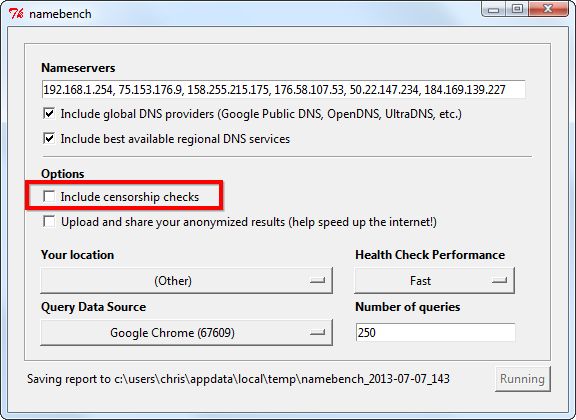