Apple announced its earnings for the third fiscal quarter…

Earlier this week, Apple updated the iMac with faster 10th…

Earlier this week, Apple launched a new iMac with…

This Innovative Concept Turns the iMac Base into a Wireless Charger

An alleged photo showing the OLED screen of…

A photo has leaked on Weibo which shows…

Apple has released the fourth beta of iOS 14…

MacBook Shows ‘Not Charging’? Apple Explains Why The Message is Shown

Google Finally Launches Pixel 4a to Take on the iPhone SE

Google has finally pulled the wraps from Pixel…

Should I Buy an Intel-based Mac or Wait for Arm-based Apple Silicon Mac?

Earlier on at WWDC 2020, Apple announced its…

How to Use Control Center on Your iPhone or iPad

If you take a view of your iPhone’s…

What “IMY” Mean, And How To Use It

As the world unfolds everyday, we are overwhelmed…

Complete Guide on How to Use the iPhone Camera App

The elegance and slick that comes with the…

Apple has finally announced its financial results for…

Apple has acquired the startup Mobeewave that could…

Why Does Unplugging a Device Fix So Many Problems?

Before you make any attempt to fix a…

Everything You Need to Know About UEFI, and How It Is Different from BIOS

Both UEFI and BIOS are low-level software that…

For decades, Android owners have been able to…

Apple Defies Pandemic with Record Revenue of $59.7 Billion during Q3 2020

The ongoing COVID-19 pandemic has affected most brands…

Due to the ongoing pandemic, there’s a possibility…

Apple Facing Another Investigation for Slowing Down Older iPhones

Apple recently settled a ‘Batterygate’ lawsuit against it…

Broadcom had previously hinted that the iPhone 12 launch…

Leak Reveals iPhone 12 and New iPad to Launch in October

Leaker Jon Prosser who has been correct with…

Apple had released a new MacBook Air in March…

It was after my first “real job” out of college that I became a true student of success and wealth.  Just days after graduating I found myself employed and living in a completely different city.

It was a great experience, but that job lacked something.  Good money…big money.  The job I landed paid me according to current market rates for recent college grads.  However, I was convinced I wasn’t being paid enough.

After spending four hard years with my nose to the grind, there was an expectation that I was to come out of the gates, guns a blazing, and making some real money.  But that didn’t happen.

As soon as I got my hands on that first paycheck, my dreams felt dashed.

Let’s just say, that first paycheck was nothing to brag about.

Maybe you can relate?

It only took a few weeks of receiving that pittance of paycheck from the fortune 500 company I was employed with, that I realized, “This is not what I went to school for”.

It was in that moment that I decided to learn how to start making the real money.  So, I became a student of success and wealth.   I put all of my attention on what many other self-made millionaires were doing.

And, to my delight, what I’ve learned so far has been paying off.

Learning The Secrets of Self-Made Millionaires

It was the studying that took place in those post-graduate years that I learned the most about wealth and riches.  Insights that I think every young driven person should know about if they ever wish to join the ranks of other self-made millionaires.

So how can you use these insights?

The advice I am about to share will get you started in the right direction towards amassing wealth and joining the self-made millionaire club.

Having a solid knowledge base for building wealth and become self-made is one of the most important things you can do to begin finding the success you seek.  Use this advice as your foundation for your continued success.

Below are some of the biggest success factors that all self-made millionaires have in common:

One of the best books on wealth building is ‘The Millionaire Mind’ by Thomas J. Stanley.  Stanley, interviewed hundreds of millionaires to decode their secrets to making millions.  And on top of the list of the success factors that most millionaires gave, honesty was the most important.

If you are dishonest, and no one trusts you, getting business, making partnerships, and closing deals will be difficult.  Maybe even impossible.  So, the first rule to follow to eventually become a self-made millionaire, is to be a person of your word.  Be honest. 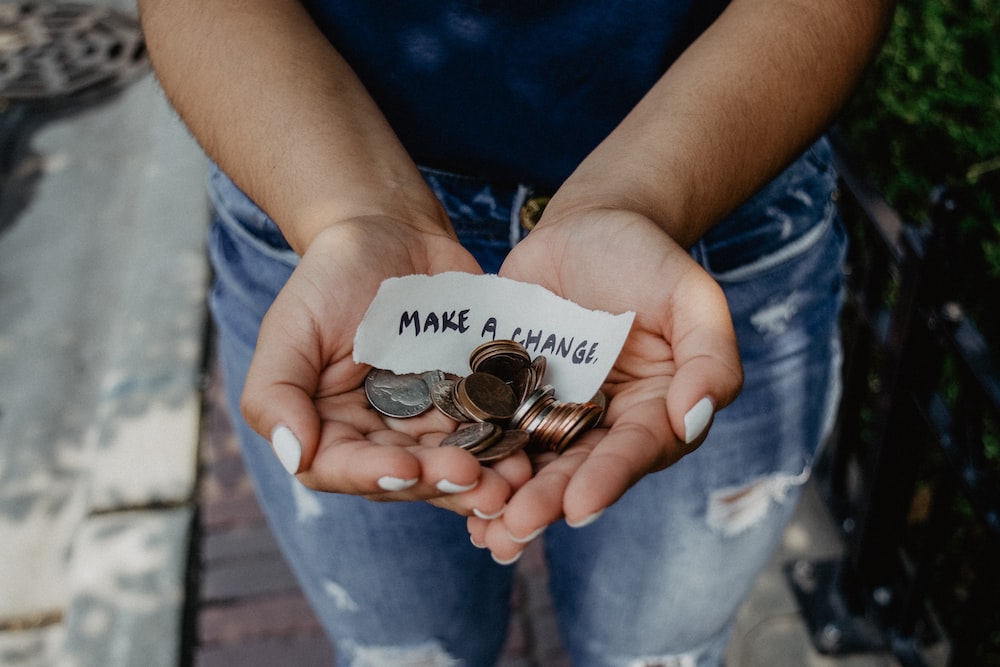 Almost every self-made millionaire or successful person has made the claim, that without self-discipline, they would be nowhere near as successful as they are today.

Even the great millionaire mogul Robert Kiyosaki once stated, “Self-discipline is the No.1 delineating factor between the rich, the middle class, and the poor.”

Read More: 21 Shocking Things You Can Do to Reach Your Goals More Easily

So, make it a point to practice becoming a more self-disciplined person every day.  Because if you do, you’ll set yourself up to find the success and wealth your truly seek.

Many Titan’s of sports and entertainment have made the claim that the only way they were able to reach the prominence they have found in their careers, has been a direct result of their ability to work harder the most people.

Study any highly successful person, and you will find this to be true.  If you examine Michal Jordan’s work ethic, you would notice it was greater than his peers.  If you had the chance to witness the late Steve Jobs, you would notice he also had a knack for being relentless in his pursuits.

And the same goes for most self-made millionaires.  They do what others don’t like to do, and they typically work harder than their competition.  And by doing so, they set the stage for their eventual success and making the big money. 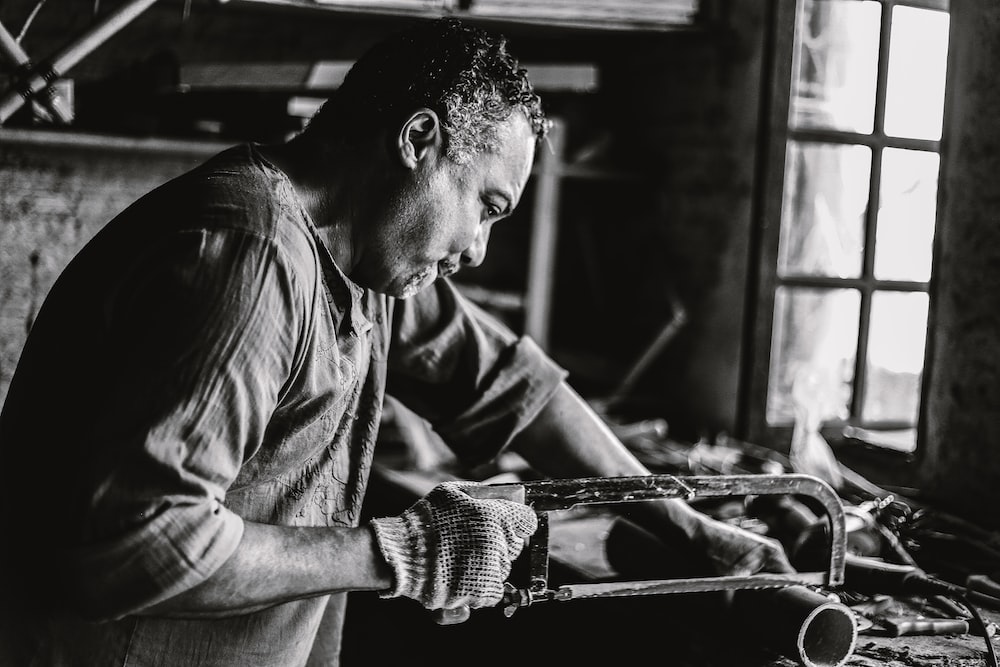 4. Self-made Millionaires Have a Passion For What They Do

You hear it all the time, follow your passion, follow your dreams.  Most of the time this sentiment is shared as the path to finding happiness.  However, a handful of both highly successful and rich people have extolled the importance in loving what you do in order to find success.

Meaning, in our competitive society, if you don’t love what you do, you put yourself at a disadvantage against the person who does.

And the person who loves what they do has a better shot and eventually doing that thing they love, better than you.

Steve Jobs once stated, “The only way to do great work, is to love what you do.”

He believed in the passion principle too.

These two Titans of success believed in the importance of having a passion for what your work.

So if you really want to find a way to become self-made, be sure you love what you do.

5. Self-made Millionaires Know How to Adapt to the Market

We’ve established how it is vital to do what you love if you wish to be rich someday.  However, it must also be said, that you need to be able to adapt to the market.

As such, the best way to do adapt your interests to the market, is to keep to your true interests, but also ensure your that business or art is flexible enough to incorporate the interests of others.

If you love making art, but nobody wants to buy it, then must consider making art that people are willing to buy. There is small sacrifice involved, but, it is necessary if you wish to stay in business and or make money doing what you love.

In short, follow your heart. But be sure your customers are interested in buying what you are selling. 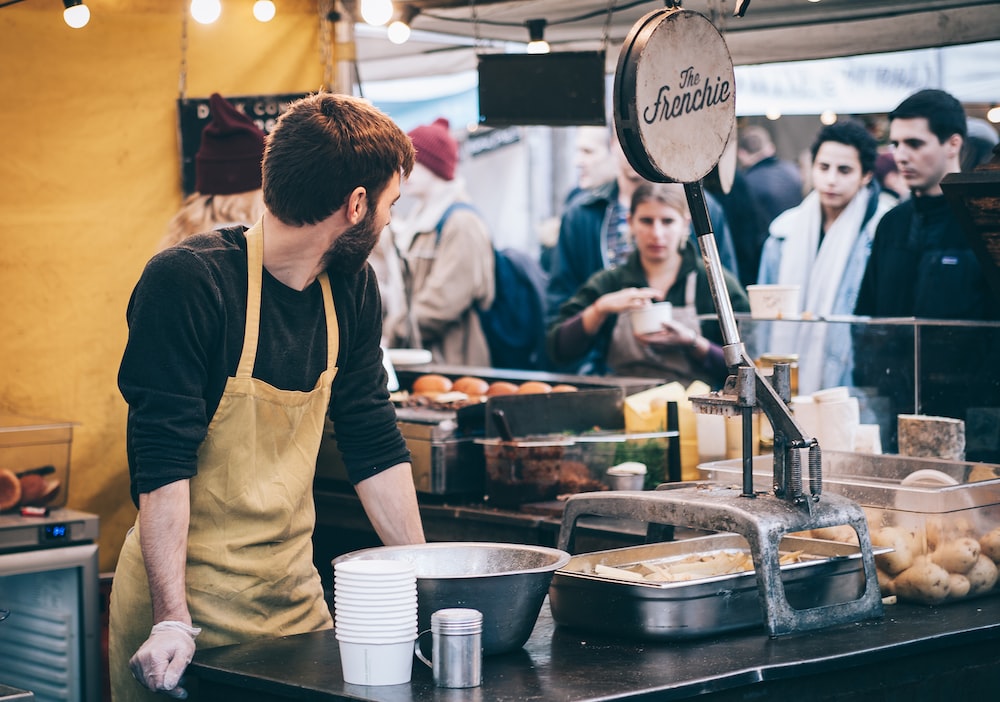 Becoming rich and obtaining the title of self-made millionaire is achievable. However, aspiring to do so with your current wages working for XYZ corp., is not the most efficient way to do so.

Remember, if you want to become a self-made millionaire someday, you will need to cultivate the following success factors above.