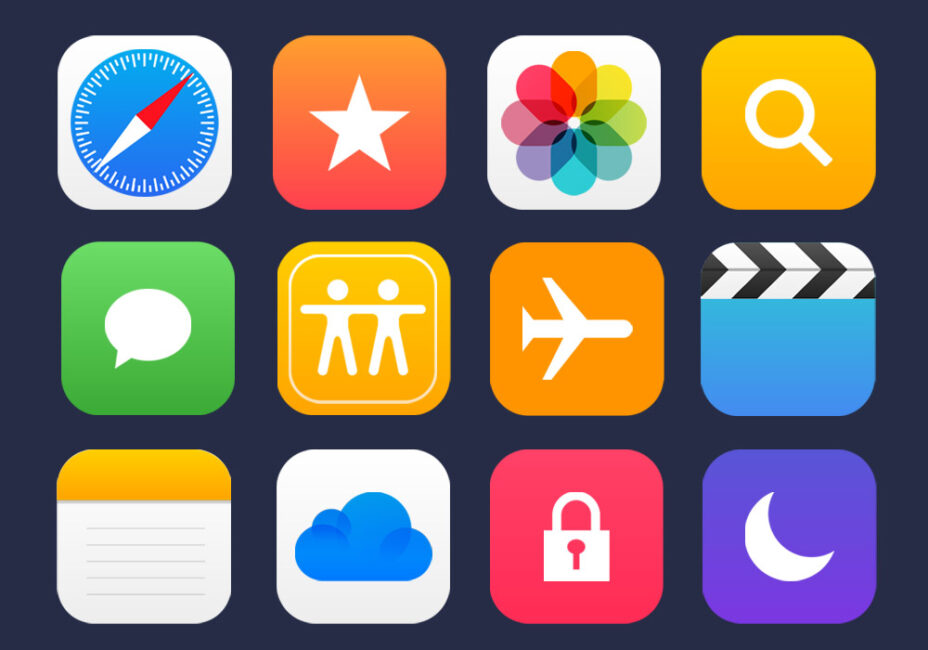 If there’s one thing iOS isn’t known for, it’s customizability. Apple runs a pretty tight ship, and that’s part of what makes iOS such an excellent operating system, but it’s not great for those of us who like to modify the appearance of our iPhones. However, that doesn’t mean we can’t do perform some simple customization such as changing the app icons on the home screen.

There are multiple ways to customize your app icons, most of which don’t require jailbreaking at all, but it’s not going to be easy, in most cases. This is iOS we’re talking about, after all, so if you want to make your home screen look the way you want it to, it’s going to take a little extra work — which can be a pretty satisfying sense of accomplishment after you’re all set up and personalized.

1. Install an App That Lets You Change the Icon

This one might come as a surprise to many iPhone owners (it certainly did for me). Ever since iOS 10.3, app developers have been able to give their users the option to change icons right from within their apps. While you can’t upload your own icons, developers can supply customers with a suite of choices. It’s a neat feature that is undeservedly underutilized.

At this time, it appears only a handful of apps allow their users to swap their app icons, and they don’t appear to advertise themselves. Some are locked as pro-features, while others come with paid apps. However, there are some free apps that let you change their icons. Hopefully, more developers implement user-selectable app icons. Until they do, we’ll just have to take whatever we can get.

READ MORE:  How to Fix Most Common iOS 15 Issues & Problems

If you can’t wait for your favorite app or apps to let you change their icons, there’s a solution for you. Although you can’t change the icons for the apps themselves, iOS does allow you to create “stand-ins” or “bookmarks” that, when tapped, will launch the app in question. These bookmarks can use whatever icon image you want, so you can effectively replace your home screen with an assortment of new icons.

Making these bookmarks requires a little elbow grease, but if you’re not afraid of getting your hands dirty, it could be worth your time. You’re sure to impress your iPhone-friends with your assortment of custom app icons. To learn how to create custom bookmarks for all of your apps, check out our guide below.

If you don’t want to take the time to design bookmarks yourself, why not let someone else do it for you? Enter iSkin. This site lets you download groups of themed bookmarks to your iPhone. Not only can you download entire packs of apps, but if you like one app from one themed group and one themed app from another group, you can download them individually as you see fit.

To get started, check out our guide below. You’ll find iSkin’s site can be a bit tough to navigate alone, but just follow along with us and you’ll have a suite of new app icons at your fingertips.

If your iPhone is jailbroken, you can use themes from Cydia to actually change the app icons on your home screen. There are many, many ways to snag new themes and looks for your iPhone, but a lot of them will cost money. And some might only support certain iOS versions, especially since there isn’t even an official Cydia for iOS 11 yet.

You can use tweaks found in Cydia to change the appearance of your home screen as well. You can use AppCon (supports iOS 11!) to replace the icons of any app with a photo in your library or to change all icons on one page at once using one image; ReformX to customize how your home screen operates; and Goodges to reform app notification badges.

If you really want to change the way iOS looks and run, jailbreaking is really the way to go. Of course, it’s also the most intensive and invasive method of the bunch, and Saurik has not completed the official Cydia for iOS 11 yet. If your iPhone is already jailbroken, or you’re feeling up to the challenge, explore all jailbreaking has to offer. If not, you just might want to stick with the other methods.